Meeting the Dalai Lama in India! 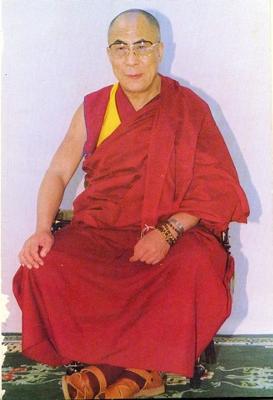 I met the Dalai Lama in 1997. I had always wanted to go to India and finally after 3 years of saving, I went with my girlfriend.

We landed at the Delhi airport in the dead of night, the immigration officers were tired but curious. You see, in a land of small skinny people, a former basketball player at 6 feet was something to stare at!

We spend 2 days recovering in hot and dirty Delhi in the hippie backpacker area. We were exhausted but took the train up to near Dharamasala, it was pretty far up north.

It was April, a good time to visit the Indians said. Mcleod ganj is in the Himalayan mountain foothills. This is where the Dalai Lama moved to after the chinese communist takeover in the 60s i think. I can't remember the details but something like 6000 monasteries were destroyed and like a million tibetan people were killed. One tibetan guy told me that the chinese soldiers are still putting poor tibetans in jail just for having a photo of the Dalai Lama! So crazy.

Another younger tibetan guy told me that it's like cultural genocide!
I just can't believe that people can do this to each other. Especially to such easy going and nice people! Maybe if the chinese met the tibetan people over a nice cold one and just talked, they would probably get along great. I hope tibet and china can be friends one day since they are neighbors and all!

So me and my girlfriend stayed for only one week up there with the tibetans but will never forget it. They are very welcoming. We were very lucky that the Dalai Lama had just arrived in town and was giving a public audience!

There were sooo many people there but each person got to shake the tibetan leaders hand and say hello. It was awesome! I think one of the highlights of our trip and we will never forget it.